Get in touch to find out more about Ron Atkinson 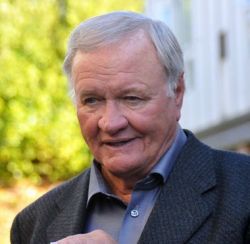 Ron Atkinson, commonly known as “Big Ron” is an English former football player and manager. During the 1990’s and early 2000’s he was one of Britain’s best-known football pundits.
He spent his entire playing career at Oxford United, where he still holds the record as the club’s highest appearance maker. As a manager he won the FA Cup with Manchester United in 1983 and 1985 and the Football League Cup with Sheffield Wednesday in 1991 and Aston Villa in 1994.
In August 2013, Atkinson became a housemate on the twelfth series of Celebrity Big Brother.  He is an excellent raconteur and is well known for entertaining audiences all over the country.