Get in touch to find out more about Brian Blessed 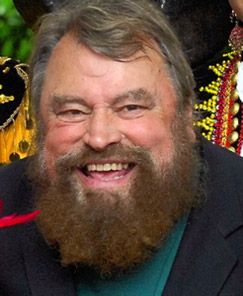 ‘The man was awesome and produced one of the best performances we have seen in 15 years.’
Mike Firth, Yorkshire International Business Convention.

Actor, Director and Explorer, Brian is instantly recognisable both physically and through speech!
Known for his thunderous voice, ebullient personality and imposing stature, Brian Blessed is one of Britain’s most highly regarded actors. Although generally cast in loud comedic and pantomime roles, such as Richard IV in Blackadder, Brian is a noted Shakespearean actor, and won the New York Critics Award for his portrayal of Caesar Augustus in the BBC series I Claudius.
He relates many amusing anecdotes from his distinguished acting career and mountaineering exploits to raptuous applause.