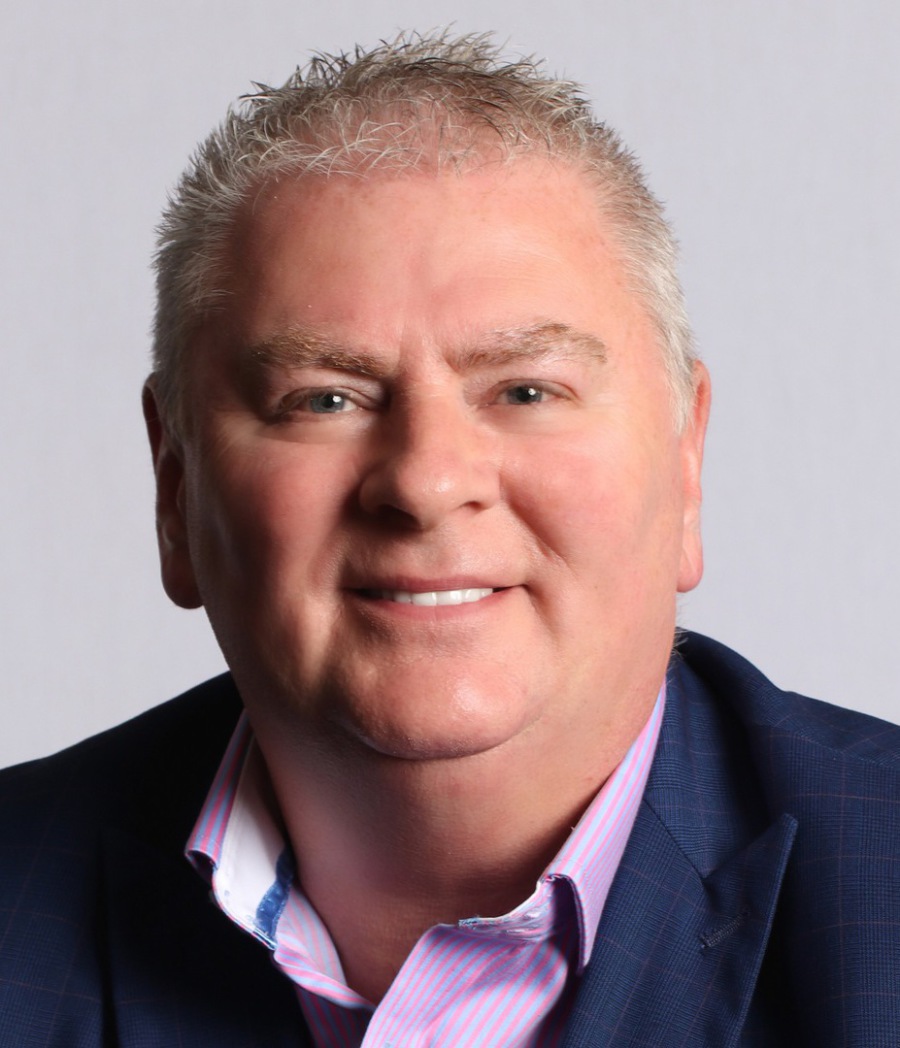 John’s outstanding talent is comedy, both as a performer and a writer. He has the unique ability to tailor his material perfectly to suit the clients’ demands. John Martins show is full of energy, excitement and class! Companies requiring the ultimate professional have called upon John’s services to entertain at their dinners where his expertise enables him to weave requested company information into his performances and,  being a writer of topical comedy, his material is always up to date. He holds a Guinness Record for a live show lasting over 101 hours!

An accomplished host, compere and auctioneer. John’s natural ability to connect with an audience makes them feel an integral part of any event and ensuring a truly memorable experience. 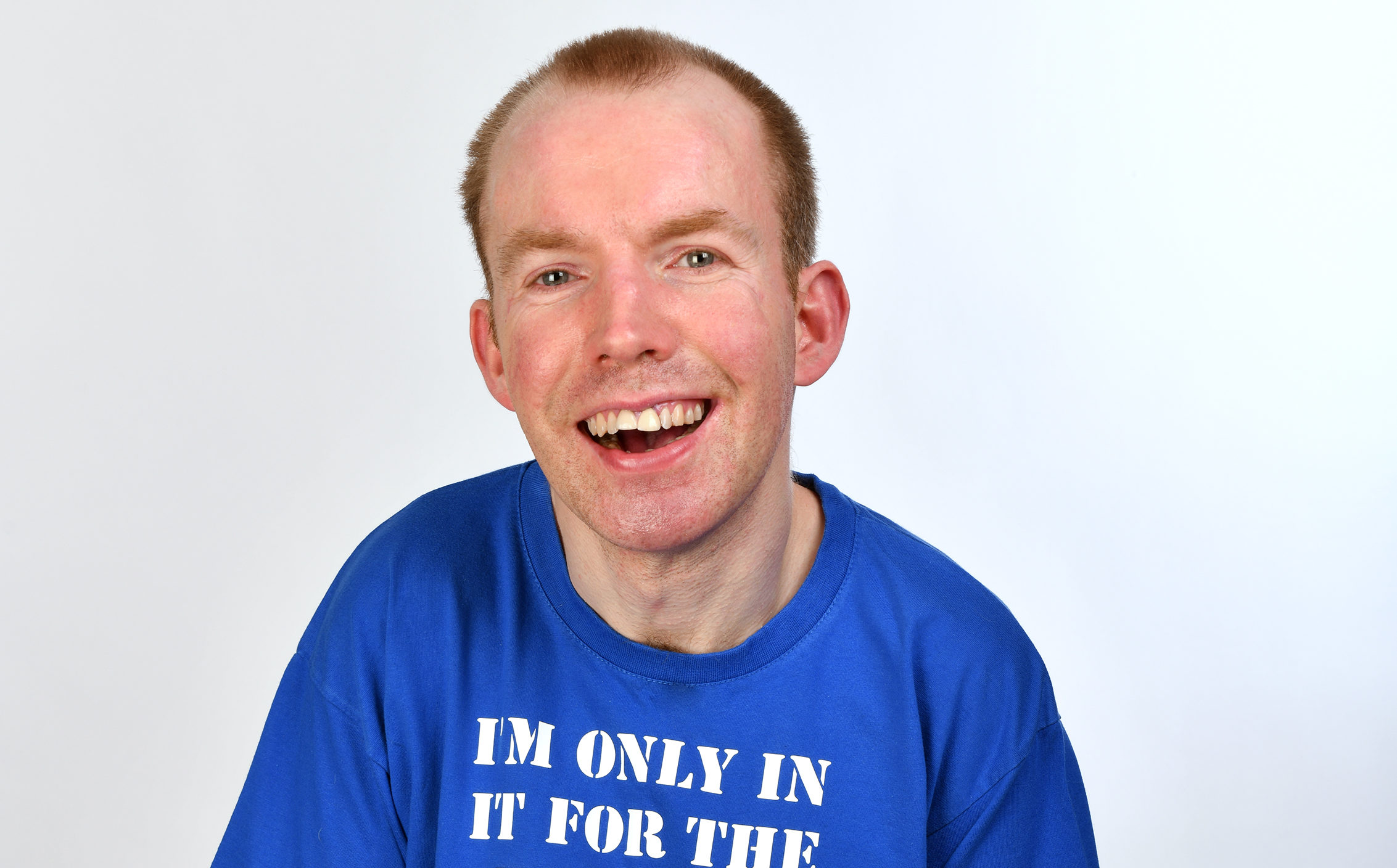 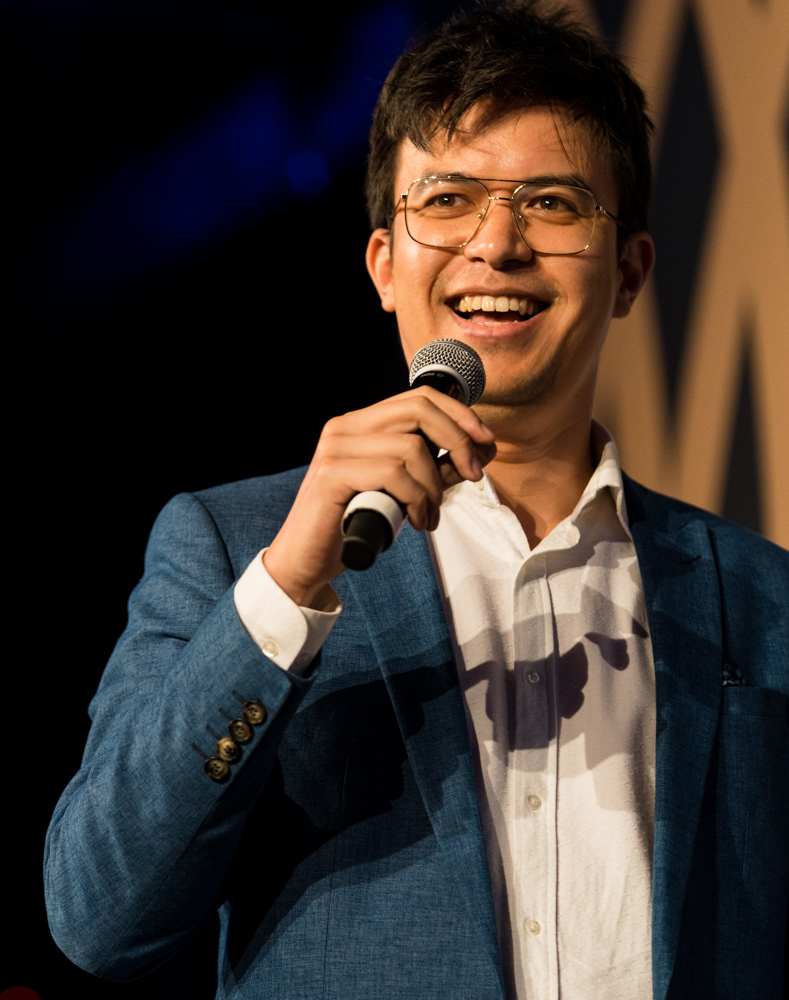 Phil Wang is one of the UK’s most exciting stand-up comedians and has appeared on shows including hosting Live at the Apollo (BBC2), Have I Got News For You (BBC1), QI (BBC2), Would I Lie to You? (BBC1), 8 Out of 10 Cats Does Countdown (C4), Roast Battle (Comedy Central), Drunk History (Comedy Central), The Great British Bake Off: Extra Slice (C4), Jack Dee’s Helpdesk (BBC2), is a regular correspondent for Unspun with Matt Forde (DAVE) and appeared as a regular guest throughout series 7 of Taskmaster (DAVE). In 2018, Phil recorded a fifteen-minute stand-up special for Netflix as part of The Comedy Lineup, one of only two non-US acts in the series. He has also written and starred in two series of Daphne Sounds Expensive for Radio 4 with his Foster’s Newcomer Award nominated sketch trio, Daphne.

An internationally-acclaimed live act, Phil has written and performed four solo stand-up shows as well as international performances at festivals including Montreal Just for Laughs Festival, Melbourne International Comedy Festival and the New Zealand Comedy Festival. His latest critically-acclaimed live show, Kinabalu, sold out at the Edinburgh Festival in 2017 and his subsequent national tour was extended through 2018 and included four weeks at London’s Soho Theatre.

Previous television appearances include The John Bishop Show (BBC1), Russell Howard’s Stand Up Central (Comedy Central) and a regular role in the BBC3 sitcom Top Coppers. He has also appeared on Funniest Moments of 2014 (Channel 4), The Rob Brydon Show (BBC2), Three at the Fringe (BBC3) and on BBC Radio 4’s Unbelievable Truth, Fresh From the Fringe and Best Behaviour, as well as the Comedy Live Lounge (BBC Radio 1). Previous awards include Chortle Student Comedian of the Year Award and Comedy Central’s Funniest Student Award. 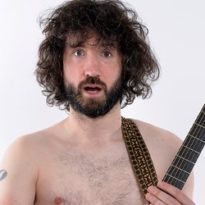 Kerr would often lock himself away for days on end. Folk came to marvel at this spectacle. Some would flatten sandwiches and pass them under his door, others would simply sit, wait and listen. However, with no toilet in his room, many lost respect for this young maverick, as he was often found in what could only be politely put as a ‘mess’…

It was then that Kerr successfully applied for a steady job with Norwich Union and light began to appear at the end of a long, dark metaphorical tunnel. No longer a social outcast, Kerr re-kindled his lifelong ambition of becoming a professional songwriter and at the age of 20 he wrote his first song. In his own words it was “sad, melancholy and crap”.

After this dreadful setback, Kerr returned to solitude and the crowds began to reappear. However, after 7 hours locked away he opened the door to see a chord book. After learning some chords Kerr frantically began writing songs the next day… 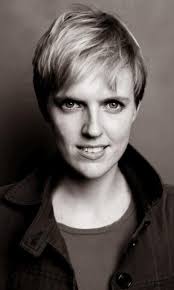 Holly Walsh is an award-winning comedian and writer.

Holly is currently working on scripts for a number of major broadcasters and in 2015 hosted her own BBC Radio series, Best Behaviour. She co-wrote the BBC sitcom pilot Motherland with Sharon Horgan, Graham Linehan and Helen Linehan which was released to widespread critical acclaim, with a second series confirmed. Holly is also the creator and writer of The Other One, which was piloted on BBC2 in 2017 and has had a full first series commissioned.

Holly’s stand-up credentials were established with her 2008 Best Newcomer win at the Chortle Awards and confirmed with an Edinburgh Comedy Award nomination three years later for her debut Fringe show, Hollycopter. The show also enjoyed a sell-out run at the Soho Theatre in 2012. Holly returned to the Edinburgh Fringe in 2014 where her sold-out show Never Had It was warmly received by audiences and critics alike, most notably The Observer who lauded Holly’s ‘gift for original lines and images that make the show a joy.’ In April 2015 she brought the show to London for a critically-acclaimed run at The Soho Theatre.

Holly has featured on many of the top TV comedy shows including Live At The Apollo, QI, 8 Out of 10 Cats, 8 Out Of 10 Cats Does Countdown, Never Mind the Buzzcocks, Would I Lie To You?, QI and Mock The Week, as well as hosting the Channel 4 series TNT alongside Jack Whitehall. She is often heard on radio and has appeared on shows such as Just a Minute, The Unbelievable Truth, The Now Show, The News Quiz and Charlie Brooker’s So Wrong It’s Right for Radio 4. As well as these appearances, Holly is much in demand as a writer for TV and radio and has written widely for both.

On top of her TV and radio commitments, Holly’s live work remains a key element of her career and sees her perform at the best comedy clubs in the country. She was one of the founders of Popcorn Comedy and the Happy Mondays comedy night in London. 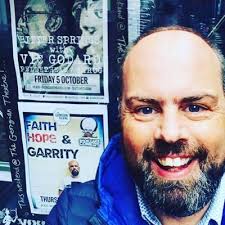 2015 finalist for the City comedian of the year & FAF Breakthrough Act.

Regular appearances for Buzz Comedy, Ten feet tall, Jongleurs and Manford’s comedy clubs, he is probably the only Fraud Investigating comedian on the circuit.

He delivers real and one of kind perspectives on everyday life whilst struggling to do the right thing. 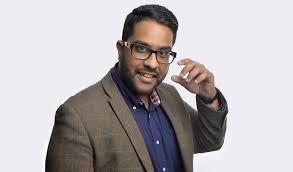 Since starting performing comedy in 2014, Eshaan has​ 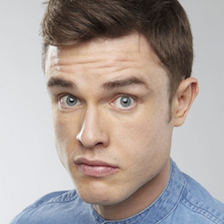 Ed Gamble is a stand-up comedian well known as a regular on Mock the Week (BBC2) and for playing the lead role of Georgie Carlton in BBC America’s Almost Royal, a ‘cult US hit’ (The Independent). He is also the co-host of hit podcast Off Menu with James Acaster, which has topped the UK’s Comedy Podcasts chart. Ed is also a rising star in the corporate events world – having performed at and hosted dozens of corporate awards ceremonies and gala dinners. He has quickly gained himself a reputation for being reliable, professional and easy to work with – as well as performing comedy that appeals to a wide range of audiences.

In 2019, Ed went on tour with his latest show Blizzard, which sold out the entire run at the Edinburgh Fringe Festival in 2018.  Ed previously won a Chortle Award in 2014 for Best Compere and has provided national tour support for Greg Davies’ tours in 2017, 2013, and 2012 as well as tour support for Russell Kane and Chris Addison. 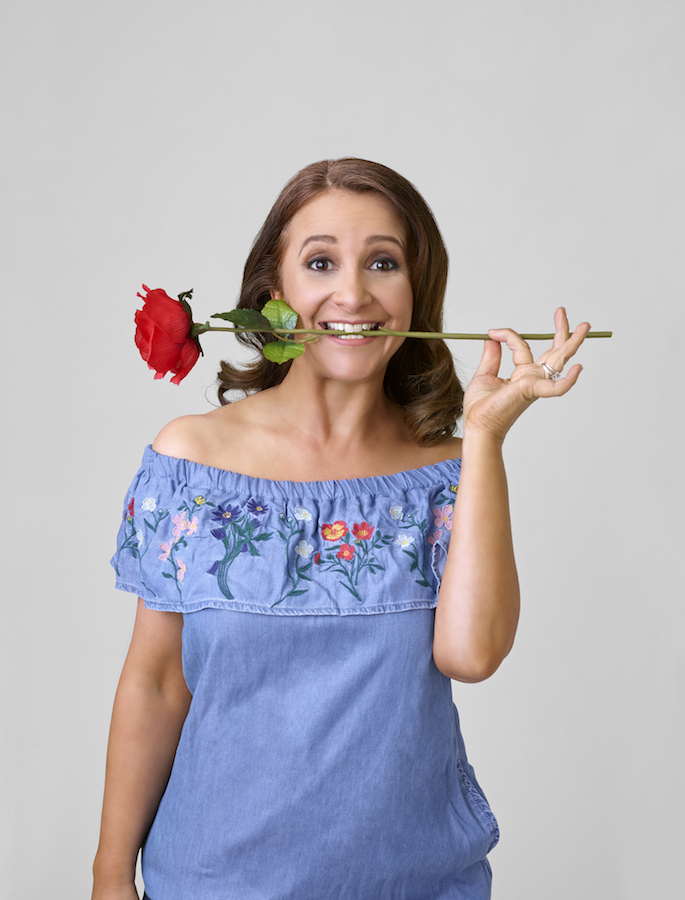 Lucy has been a huge hit with comedy audiences up and down the country for over ten years with her distinctive, bouncy, feel-good comedy. She has continued to travel internationally with her stand-up – taking in the Far East & including shows in Hong Kong, Bangkok, Macau, Manila, Switzerland and Paris. She was also invited to Miami to take part in NBC’s Last Comic Standing and has performed in the States for NBC and HBO at their Las Vegas Comedy Festival. She’s also regularly invited to festivals closer to home including Manchester, Glasgow and the prestigious Kilkenny festival, as well as other mud-soaked scrums such as Latitude.

During 2014 Lucy returned to the Edinburgh Fringe with her 10th solo show, Me Time which toured in the Spring. She also turned her hand this year to playwrighting with a thought-provoking, witty play, The Fair Intellectual Club. Put on at the Assembly Rooms in Edinburgh during the Fringe, her creation explores the trials of being an intelligent woman in 1717 Edinburgh. Following the success of the Edinburgh run, BBC Radio 4 commissioned a 6 part drama series from Lucy based on the play. She is currently writing it for transmission in 2016.

Lucy is a regular face and voice on TV and radio panel shows and is a glutton for a good quiz show. You may have seen her alongside Ed Byrne providing pointless answer after pointless answer on a Celeb special of BBC 1’s Pointless, or seen her emerge victorious from a well-fought battle for the title of Celebrity Mastermind Champion in a Children In Need special. Lucy fended off stiff competition from Mark Watson and Dave Spikey and broke records by achieving the highest ever celebrity score.

She has also appeared on two series of IQ, two series of Mock the Week, two series of Argumental, Have I Got News for You, Clive Anderson’s Chat Room, Never Mind the Buzzcocks and What the Dickens?. On Radio 4, she has been heard on Life – An Idiot’s Guide, Heresy, The Personality Test, The News Quiz, Dilemma and The Unbelievable Truth, and is a regular guest on BBC 6Music on The Radcliffe & Maconie Show.

She remains amongst the most sought-after comedy writers in Britain and was one of the lead writers on ITV1’s prime-time Sunday night satirical animation series Headcases.

Lucy has also moved into the world of film and she (along with Green Wing writers Fay Rusling and Oriane Messina) has a feature script (working title Queen of Comedy) on the development slate at leading Brit film company Warp X.

Recently Lucy has contributed to various publications as a columnist, including City AM, Cook Vegetarian Magazine and Mother & Baby.

Debra Stephenson, actress and impressionist. Best known for her roles in Bad Girls, Coronation Street, The Impressions Show with Culshaw and Stephenson and ITV’s Newzoids.

Debra’s biggest passion is, in fact, entertaining live audiences. She has in recent times entertained passengers aboard P&O cruise ships and regularly travels up and down the country and abroad to entertain at corporate dinners as well as hosting award ceremonies.