Get in touch to find out more about Pete Goss 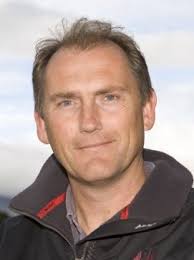 Pete’s last challenge was the GORE-TEX Arctic Challenge. In June 2011 him and his team took two 6-metre, Suzuki-powered RIBS from Scotland to the Arctic Circle.

Prior to that was a long-awaited return to solo ocean sailing with an entry in the historic Route du Rhum race; a gruelling 3,500-mile single-handed race across the Atlantic. Commencing on Sunday 31st October 2010, he completed the course on 20th November coming 14th in class – not bad for an old dog! Pete learned a lot on the way and had forgotten how much he enjoyed solo ocean sailing. It has certainly given him a taste for more.

With a wide variety of adventures under his belt, Pete Goss talks positively and with passion about leading teams through exciting, but often complex, difficult and dangerous situations.