Get in touch to find out more about Mark Watson

Mark was perfect –he judged the audience really well and was appreciated by all. Please do pass on our thanks. -The Social Enterprise Awards

Just wanted to say thanks for providing such a great comedian for our event last week. Mark was fabulous –hilarious and such a nice guy! He went down really well with all the staff and I’ve had loads of great comments about him. It was lovely that he’d researched our company –the jokes around our marketing/website write-ups were genius and really got us in a fun, festive mood! -Zoe Shepard, Delta Rail

Mark was absolutely fantastic once again at the Digital Awards! He got the tone of the event exactly right and we’ve had really positive feedback from the audience, even more impressive he managed to get through all 30 odd awards within the allocated time so we didn’t run over which was great. There is even talk of booking him for a third year in a row! -PPA Digital Awards

AMAZING!!! The best after dinner speaker we have ever booked in my view –I know it’s subjective but he was brilliant! -Capita Children’s Education Services Awards Dinner

‘Belly laugh brilliant… The audience was weeping with laughter’ – Time Out 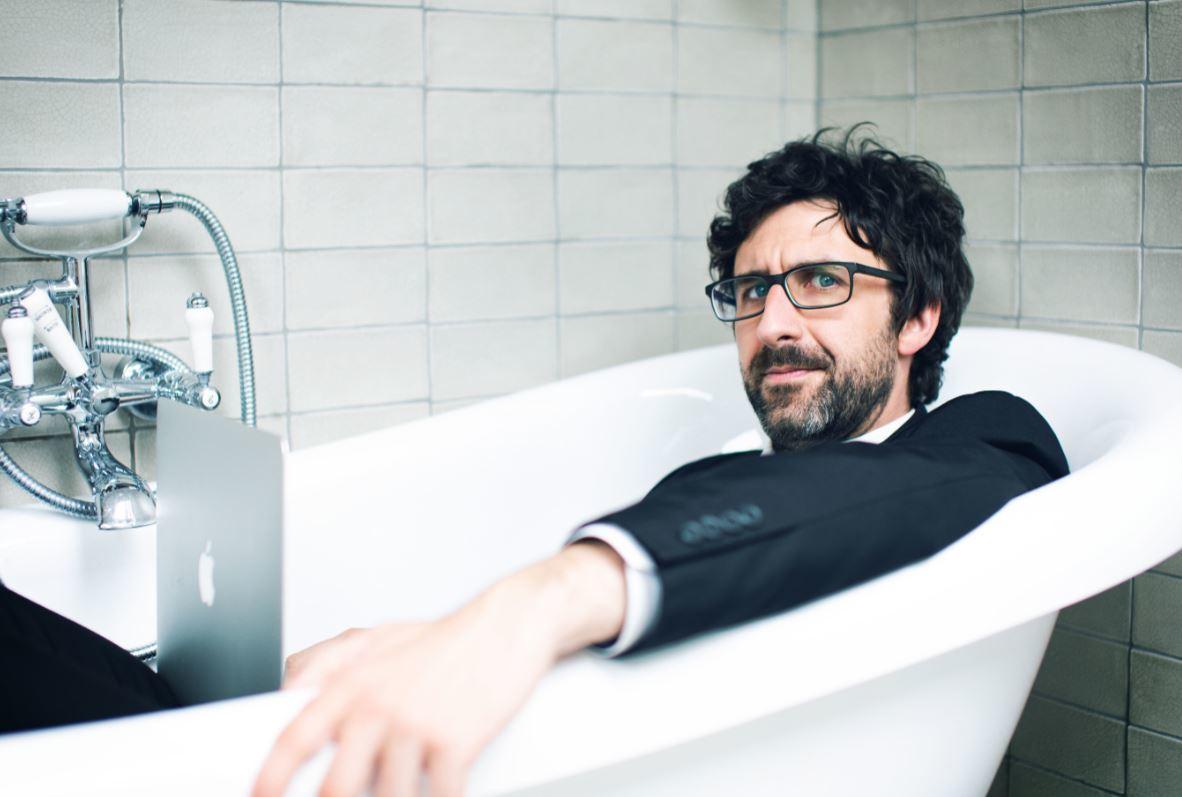 Mark Watson is just a normal person living a normal life in a normal world. He gets a little bit worried and a little bit flustered and he’ll tell you all about it. Mark grew up in Bristol before going to Cambridge University where he became a member of the Cambridge Footlights.
He started his professional comedy career in 2002 and that same year won the last ever Daily Telegraph Open Mic competition and presumably was allowed to keep the trophy. He has been nominated for the Perrier Award for Best Newcomer and won the first ever Panel Prize at the if.commedies in 2006. That year he was also won the Time Out Critic’s Choice award.

Mark has been the face of shows such as BBC Four’s We Need Answers and BBC Radio 4’s Mark Watson Makes The World Substantially Better. He has also appeared on Mock The Week, Celebrity Pointless, Have I Got News For You, Would I Lie To You?, Live At The Apollo and Channel 4’s Comedy Gala. He is currently recording another series of his hit Radio 4 show Mark Watson Talks A Bit About Life.

In August 2016, Mark performed his latest show I’m Not Here at the Edinburgh Festival, and then went on to tour it around the UK from September – December 2016. The show has received 4 & 5 star reviews.