Get in touch to find out more about Paul McCaffrey 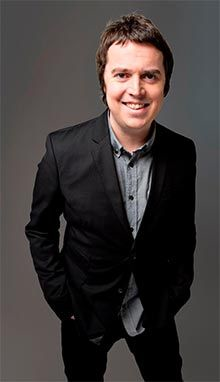 ‘McCaffrey simply has funny bones’ – The Shortlist
‘Born to be a Comic’ – The Scotsman
‘The relaxed, assured confidence of a stadium filler’ – Chortle
‘Charm, charisma and success written all over him’ – The Evening Standard
‘A total natural, his storytelling is utterly unique and never anything less than gut-bustlingly hilarious’ – GQ