Get in touch to find out more about Adam Kay 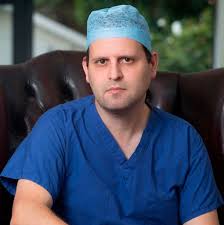 “sublimely silly spoof songs and some blissfully brilliant word-play” – ★★★★★ Mail on Sunday
“Hilarious! Absolutely brilliant!” – HRH Prince William
“filthy at best, depraved at worst, and great guilty fun” – ★★★★ Telegraph
“viscerally raw and passionately delivered” – ★★★★ Chortle
“sharp, snappy and brilliantly rude – it left us with eyeliner streaming down our face” – ★★★★★ Cosmopolitan
“bracingly intelligent… enormous fun” – ★★★★ The Times
Adam is a festival stalwart, most recently creating and performing two critically acclaimed shows at the Edinburgh Fringe Festival 2016; Fingering a Minor on the Piano and The Remains of Tom Lehrer.
“fast-paced, filthy and incredibly funny; you couldn’t ask more from the Fringe” – ★★★★★ Three Weeks
“well written, fantastically performed and beautifully conceived – this is a hilarious filthy show that will titillate and entertain” – ★★★★★ Broadway Baby
“The best act we have ever booked; his material, stage persona, delivery was excellent and, if we had been able to do another hour then the audience would have welcomed him with open arms… a consummate professional with clever material delivered on the nail, absolutely faultless” – Nik Hill, Gloucester Rugby Club
“Adam has the instant ability to render hardened military senseless with laughter” – Alastair Richards, British Army
“You absolutely stole the show. Same time next year?” – Theo Fennell, Jeweler
“We have booked Adam for numerous corporate events, and I can’t think of an occasion where the client hasn’t raved about him afterwards. A true professional, uniquely funny, and always goes the extra mile in tailoring his performance to the specific event.” – Medium Rare Productions 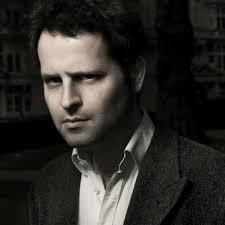 Adam Kay is an extremely versatile comedy writer and performer, whose work spans narrative and sketch for TV, stage and radio including BBC1, BBC2, BBC3, Radio 4 and Channel 4.
Adam works as a script editor and gag writer, collaborating with a number of well-known comedy acts. Recent credits include his original comedy series, Crims, co-written with Dan Swimer, for the BBC, Very British Problems, Flat TV, Up The Women and Mongrels and is also a regular voice on The Now Show. Adam started out life as a doctor, but after a brief medical career, he swapped his white coat for a microphone. He fronted the popular musical comedy act Amateur Transplants, whose iconic London Underground Song had over 10 million hits on iTunes. Adam has four number one albums in the iTunes comedy charts, and won a 2014 London Cabaret Award. Adam is also a Sunday Times best-selling author. This is Going to Hurt, his “hilarious and heartbreaking” (Charlie Brooker), “blisteringly funny” (Jo Brand) memoirs from his former career as a junior doctor was published by Picador in September 2017. It received across-the-board critical acclaim and entered the Sunday Times best-seller list at number three, where it has spent the last six weeks (and counting). He has spoken about the book and the NHS on BBC Breakfast, Sky One’s The Russell Howard Hour.
Adam performs at numerous corporate events throughout the year, and can perform from 10 minutes, up to an hour. He is able to tailor make a set, suitable with a theme, or just perform that he does, exceptionally well. We will assume the client is familiar with Adam’s work and language