Get in touch to find out more about Jamie Sutherland 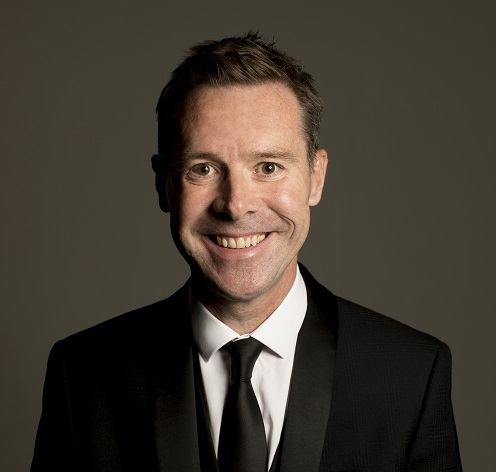 “Sutherland combines the two style of observational and story telling, and really is very funny”

“Can you please pass on my thanks to Jamie for an excellent routine last night. The customers and staff really enjoyed it and would highly recommend him. He pitched his routine exactly right and his jokes were very original and topical”
Nik Emanuel Branch Manager

“We have worked with Jamie for a number of years and he has always been fantastic, and extremely professional. Having used Jamie on a number of occasions ranging from external corporate lunches to internal events we have found him to be  consistentley entertaining compare and comedian.   He is very good at reading the audience and holding their attention.  He is pleasure to work with and wouldnt hesitate to book him for forthcoming events.”

“We thoroughly enjoyed Jamie joining us for  our event.

His mix of improptu comedy interacting with our delegates and top table was particularly funny, he kept us entertained throughout and we would certainly have him back for our future events.”

Thomas Stansfield  Society Of Will Writers

5th October 2015
“Just to let you know Jamie Sutherland was fantastic at our Comedy Night on Friday – so thank you for the heads up.

It’s a tough call but probably best we’ve had !! – everybody thoroughly enjoyed it & we raised a “bit off Brass” as well.

Please pass on our thanks & best wishes to Jamie.”

“Jamie was quite simply excellent on Saturday .

As you know we have at least 5 functions a year and the feedback from our audience of over 150 was all good with most saying he was the best we have ever had .

Not one swear word as I can recall , he recognised a mixed audience and worked with them for a most enjoyable lunch !”

“On behalf of the Halifax Law Society committee, I wanted to pass on my thanks to Jamie Sutherland and ADS. It was a great evening and Jamie kept our sometimes ‘challenging’ audience entertained throughout. Thank you for all your assistance in arranging this. I will have no hesitation in recommending ADS to other organisations for future events.”

Jamie is one of only a few comics that can tailor his performance to suit your audience, maintain a politically correct routine throughout, keep the entire show without a trace of bad language, and combine original observational comedy with more traditional gags. He is extremely popular with corporate clients and equally at home performing at his nearby social club, where his act suits ages from teen to pensioner.

A very original act, who will keep you amused with gags, tales, and stories. Jamie is a modern act, with many observational topics, and up to date material, and don’t worry if you prefer a good old style gag, he has plenty of them thrown in, ensuring a performance that will touch everyone’s buttons.

Jamie is one of only a few comics that can tailor his performance to suit your audience, extremely popular with corporate clients, and he’s equally at home performing to crowds at his nearby sports club.

He has supported some of the biggest names in comedy, and has gained a reputation as one of the rising stars of comedy with the sell out crowds and his fellow comedians.

Jamie has taken his show into Europe, entertaining the masses of holidaymakers, and has also stretched as far as Sydney, Australia