Get in touch to find out more about Billy Pearce 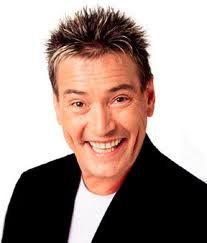 Yorkshire born Billy Pearce emerged from the fertile talent fields of Butlin’s. Being a Redcoat was a great apprenticeship only to be followed by the fruitfiul training grounds of the northern club circuit. Billy is without doubt one of Britain’s most talented comedians. If proof were needed for this positive statement of fact, in 1994 he won a British comedy award with top live theatre variety entertainer, an award won against very high profile opposition. Billy, though, is no stranger to awards. In his formative comedy years he was voted club mirror’s solo comedian of the year by his fellow professionals, and followed this with best television comedy newcomer at the London Palladium.