Get in touch to find out more about James Bellini 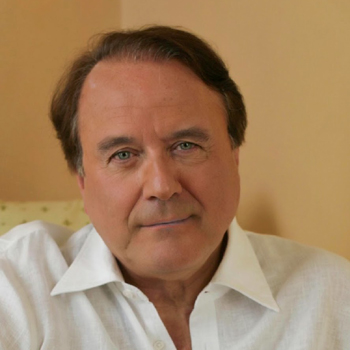 £2500-£5000
Book this act
"His take on future findings and where we'll be in years to come was extremely interesting .... The delegates had a great time listening to his thoughts and the air was buzzing with opinions when we broke for the coffee break." AIT UK Annual Conference - September 2011 "absolutely wonderful - the best speaker we have ever had." British Association of Print and Communication

James describes himself as ‘an historian of the future’ with a close interest in key trends and strategic challenges facing current and future business up to Horizon 2020 and beyond. He also has a professional academic background in international relations, defence strategy and emerging patterns of global political change.

He is a regular choice as a speaker at high level conferences around the world, has published a number of books and special reports on the world of tomorrow and has worked within high-level consultancy teams on projects with a future perspective. He was the first British staff member of the US-headquartered futurology ‘think tank’ the Hudson Institute, taking a senior role at the Institute’s European division based in Paris.
He focuses on such issues as: the emerging new balance of world economic and political power; the impact on business strategy of new technologies and the wireless and connected world; new business ‘eco-systems’ — the shape, style and psychological characteristics of tomorrow’s company; the future of work and the workplace; the ‘New Normal’ new economic and social realities; life and work in the digital age; the global demographic revolution and its future impact; tomorrow’s people; building the post-carbon economy; the business challenges of the green agenda …
He also acts as moderator at major events across Europe, the Middle East and the Americas. Recent clients for speaking and moderating engagements include leading corporate names such as HP, Novo Nordisk, Somfy, BAE Systems, IBM, Axa, Barclays, Microsoft, HSBC, Oracle and Unisys as well as international professional associations, EU and UK government agencies and major non-governmental and non-profit organisations.
He has more than twenty-five years experience as an award-winning TV broadcaster, presenting The Money Programme for BBC TV for three years before moving to Newsnight and Panorama and then to ITV. He was subsequently a newsreader at Financial Times Television and Sky News for seven years, heading up their financial and business coverage.
James has a Masters in law and history from Cambridge and a PhD from the London School of Economics. He is a Fellow of the World Innovation Foundation, founded by Nobel Laureate Glenn Theodore Seaborg.