Get in touch to find out more about Huw Edwards 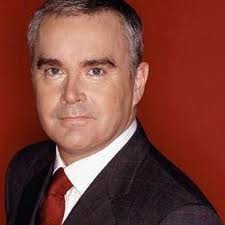 Huw Edards is the front and leading presenter of the BBC’s main news show, the Ten O’Clock News and led the commentary on the infamous opening ceremony for the London 2012 Olympics.

Huw, previously a Parliamentary Correspondent has covered many high profile stories and interviewed many a high profile character including Presidents and Prime Ministers. Along with also presenting major events such as the Queen’s Diamond Jubilee celebrations.

Huw is an assertive yet, welcoming character. He is perfect for any number of events, corporate or private and his warm persona never fails to entertain and inform.