Get in touch to find out more about Wayne Hemingway 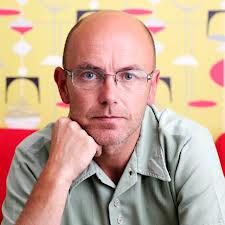 Wayne Hemingway is co-founder of fashion label Red or Dead and HemingwayDesign.The brand won the Fashion Council’s Street Style Designer of the Year award three years running.
In 1999, after many years on the catwalk at London Fashion week, Wayne and his wife Gerardine sold Read or Dead and turned their focus from fashion to social housing. Wayne joined with building team Wimpey to work on various housing projects, his high profile project on Tyneside winning a series of major awards including Building Magazine’s Best Housing-Led Regeneration.
He also branched out into fashion consultancy in setting up HemingwayDesign. In Wayne’s presentation he argues that opportunities are still to be had, even in this economy. His positive business attitude is inspirational to others.