Get in touch to find out more about Gary Delaney 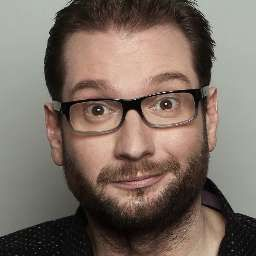 “Gary is very, very, very funny. Our guests loved him. He went the extra mile to do his background research on the company and his jokes hit the mark every time. I would have no hesitation in recommending him as an after dinner speaker.”
Nigel Hartley, Big Yellow Storage Ltd

Gary Delaney is a regular guest on Mock The Week (BBC Two) and 7 Day Saturday (Radio 5 Live). His other TV and Radio credits include Robert’s Web (Channel 4), Loose Ends (BBC Radio 4) and Russell Kane’s Whistle-Stop Tour (BBC Radio 2).
Gary is widely regarded as being the most quotable one-liner comic in the country. He projects the barely hidden delight of a cheeky schoolboy and the audience can’t help but be carried along by his infectious charm.
Gary has also written extensively for TV and Radio including, 8 Out Of 10 Cats, A League Of Their Own, 10’Clock Live, The British Comedy Awards and The News Quiz.
His debut show Purist was a big hit at the Edinburgh Festival in 2010, selling out every night and receiving many four and five star reviews. He toured the show across the UK earlier this year and will be embarking on further dates from November up until June 2014.
His critically acclaimed show, Gary Delaney 2: This Time It’s Not Personal, was a sell-out at this year’s Edinburgh Fringe.
Gary’s jokes have twice made Dave’s Top 10 Funniest Jokes from the Edinburgh Fringe.