Get in touch to find out more about Adam Bloom 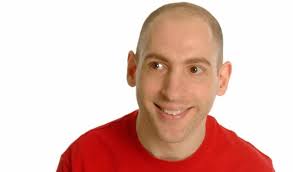 Adam Bloom was 18 months old when his parents nicknamed him The Voice,  and when he was 10,  he told them he was going to be a comedian.  By the age of 23, he was.

He is a British comedian and writer.  He has played the Edinburgh festival for many years, once winning a Punters Award.   He appeared at the Melbourne comedy festival in 1999 and 2000,  winning a Stella Artois award for the former appearance.  He has also written three series of ‘The Problem with Adam Bloom’ for BBC Radio 4.