Get in touch to find out more about Declan Curry 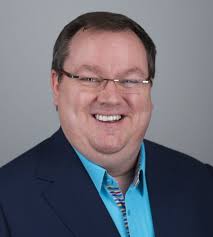 £2500-£5000
Book this act
Down to earth, candid, honest, informative, relatable, enthusiastic and interesting. We were all enthralled by his opinions on Brexit.
AIA Worldwide Ltd
Declan was one of the most professional and prepared chairs we have worked with. Would definitely recommend him to others.
Marketforce
Declan was professional, polished, amusing. He took care to understand our audience and key messages.
LV (Liverpool Victoria) 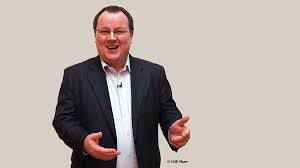 Journalist, speaker and conference chair Declan Curry was one of the BBC’s most recognisable business presenters and is an accomplished after dinner and keynote speaker, conference facilitator and awards host.

Declan previously presented BBC’s Working Lunch and was the front man for the BBCs Breakfast Business News for many years. He was also the Business Presenter on BBC News 24 since the channel’s launch in 1997.

He formerly broadcast for the BBC’s international news channel, BBC World, and he reported as the business commentator in the United States for ABC News for nearly a decade.

Also, formerly the presenter of BBC Radio 5 Live’s early morning business programme, Wake up to Money. He produced and reported for a range of programmes, including Radio 4’s personal finance flagship Moneybox, Radio 5 Live’s Financial World Tonight, and World Service Radio’s World Business Report. In the past, he has worked for the London-based commercial news station LBC, and writes for a wide range of newspapers, magazines and industry publications in the UK, the Irish Republic and the United States.

A consummate professional, Declan has brought his vast experience in the media to the speaking circuit. He can facilitate conferences, host awards ceremonies and act as an entertaining after-dinner speaker. Able to tailor his speech to any audience, Declan’s charm and knowledge makes him a sought-after speaker.