Get in touch to find out more about Louise Minchin 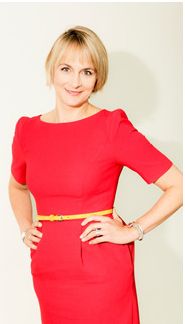 Louise Minchin presents Breakfast on BBC One, the UK’s most watched breakfast programme. She is also a guest presenter on BBC Radio 5 Live and a reporter on The One Show on BBC One.
Before joining Breakfast full time in April 2012, Louise was one of the BBC News channel’s main presenters and also regularly presented the BBC One O’Clock News.
Away from news, Louise has presented five series of Missing Live, her own daytime series commended in Parliament for its work reuniting families.
She has also presented five series of Real Rescues on BBC One.
She is an ambassador for the BBC’s Share Take Care campaign to improve internet safety.
In 2009 Louise was one of twelve celebrities who took part in the BBC’s “Around the World in 80 Days”. She travelled from Mongolia to Los Angeles with BBC Breakfast co-presenter Bill Turnbull to raise money for Children in Need.