Get in touch to find out more about Rob Deering 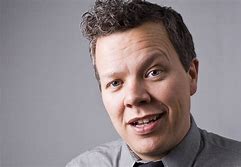 Rob Deering exploded on to the comedy scene in 2000, reaching the Daily Telegraph Open Mic Award semi-finals, the finals of the BBC New Comedy Award and the final of the Hackney Empire New Act of the Year Competition.
With his easy charm, cheesy singing voice, razor-sharp wit and clownish physicality Rob has quickly established himself as a firm favourite on the london circuit and has played at all the major comedy clubs nationwide. He slayed audiences as a headliner on The Comedy Network and has been commissioned by channel 4 to write and host the comedy series Lesser-Spotted Britain.