Get in touch to find out more about Mike Milligan 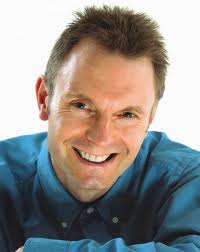 £0-£2500
Book this act
Thanks again, Mike for turning up at such short notice and giving an excellent performance at the Thomson McCrone Dinner on Friday. Everyone I spoke to thought you were great. I've asked our secretary to put your contact details on to our website. It might generate some bookings from some of the 24 golf clubs in our League. Sam Bolton (League President) 'A name to watch out for.' Daily Telegraph 'Snappy ,sharp and packed full of belly laughs... stole the show.' Edinburgh Evening News

Mike is an established act, with many years experience on the national comedy circuit; including the Comedy Store and Jongleurs’ clubs.

He is also a resident compere at Newcastle’s Hyena Comedy Cafe , which was acclaimed as ‘ One of the top ten comedy clubs in the country’.(Daily Telegraph).

He works regularly as an after dinner speaker & entertainer ; providing a successful blend of material ,delivery and audience interaction that can be tailored to meet the needs of most events or clients. One of the few comedians able to cross the “alternative / mainstream” divide, Mike works to audiences young and old, and in a variety of situations, from club, to dinner, to cabaret. Over the past years he has followed such sporting legends such as Duncan McKenzie, Alex Murphy, Jack Charlton, Frank Bruno and Jimmy Greaves.