Get in touch to find out more about Steve Rawlings 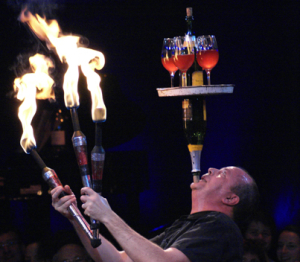 “Hilarious and original, Steve Rawlings mixture of desperation and down beat humour steals the show. His balancing a tray of bottles and glasses on his chin, while giving a running commentary on his difficulties is a classic piece of comic business. This is knife-edge humour which involves the audience in sympathy for a man flogging himself to death for a laugh, and yet knowing that he is perfectly capable of performing the complicated and daring routines he has setup!” The Times Newspaper

“It is difficult to find enough superlatives to describe Steve Rawlings, who wowed the audience in his own fabulously eccentric manner.

If anyone tells you that the spirit of variety is long dead, you know that person hasn’t seen Rawlings perform live. Geniuses are often tortured souls – it’s just that he is quite happy to torture himself.” The Stage Newspaper

“A brisk, skilful act that will get your heart in your throat and give you more belly laughs than any comic, and that’s a rare treat!” The Guardian 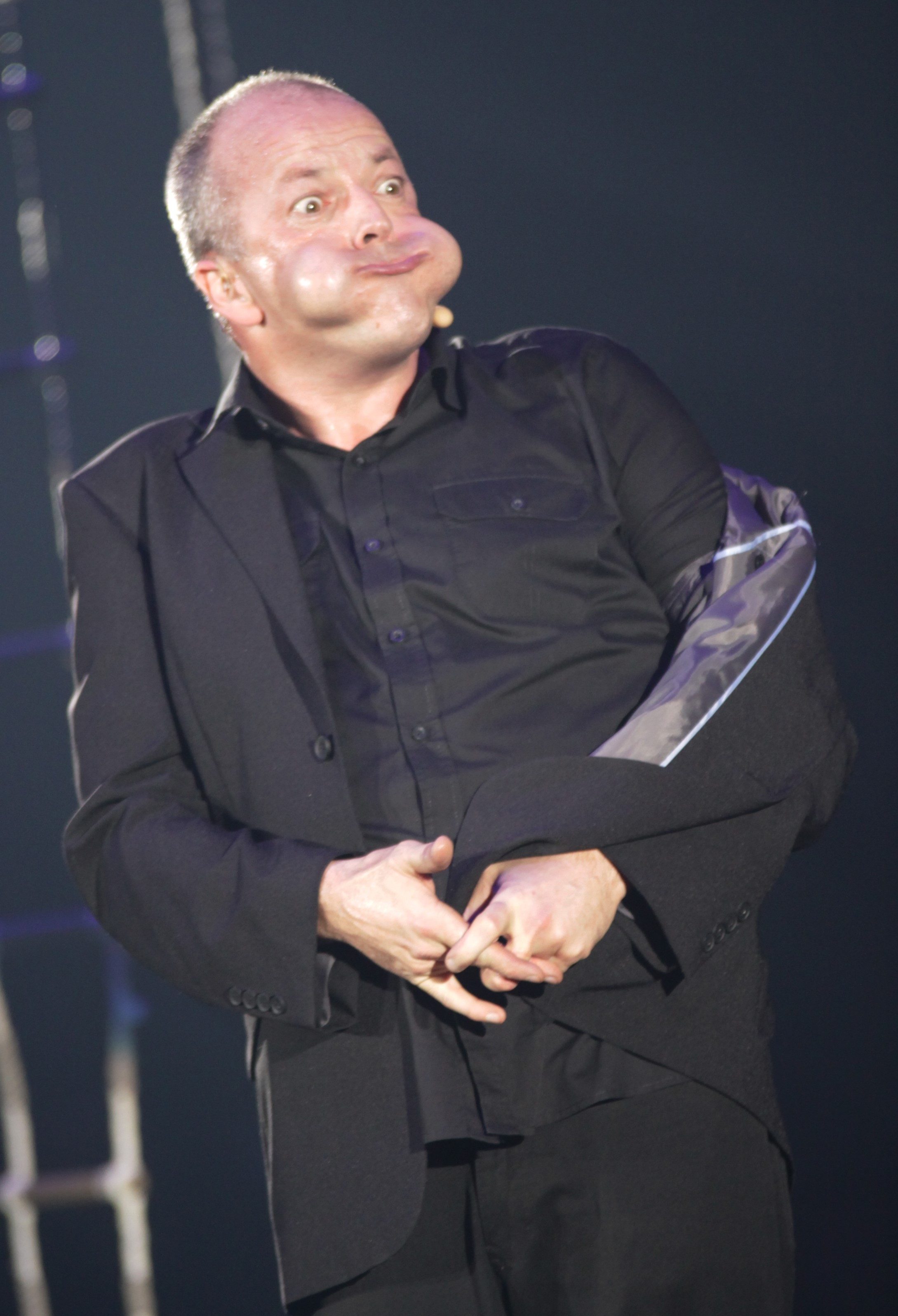 Steve is a truly unique performer who mixes stand-up comedy with an outrageous combination of juggling, balancing and physical tricks. He has earned standing ovations and rave reviews around the world, performing on TV, to countless live audiences, and by special invitation to heads of state and royalty.

He has broken down the barriers between stand up comedy and physical theatre, creating a wonderfully entertaining blend of comedy character, and technical ability that keeps an audience on the edge of their seats. His performance is packed full of original routines such as furniture juggling with a chair, table and vase of flowers (he is the only person in the world to do this!), setting fire to his head, and juggling ping pong balls with his mouth. All of this is overlaid with a level of stand up comedy that any comedian would be proud of.

This unique blend appeals to an incredibly wide range of audiences, from comedy clubs and cruise passengers, to the corporate sector, the armed forces (often in war zones), and heads of state and royalty.

Steve is a big hit worldwide this year performing for Arch Bishop Desmond Tutu at the Cape Town Funny Festival. Also comedy festivals in:  rosa(Switzerland), Cologne (Germany), Freiberg, (Germany), Tarrega (Spain) and The Low-lands Festival (Holland). From which he developed ‘Steve Rawlings Live and Unstable’ which toured and sold out in theatres across Europe. Corporate events take up a large part of Steve’s year as his act appeals to a much broader audience than most other performers and he can perform fluently in German, Spanish and French with other
languages to a lesser degree. He has worked for most of the world’s biggest companies including: Glaxo, Ford, Avis, Shell, BMW, Hilton International and many more …
He has over 100 major television appearances to his name, including BBC’s The Slammer.