Get in touch to find out more about Andrew Ryan 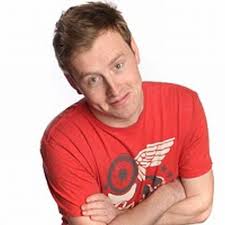 ‘Utterly brilliant, going to be a huge star’ **** – Time Out
‘Made his set look easy, left us wanting more. A must see act’ – The Stage
‘Well written, well paced, delivers plenty of laughs’ – The Mirror
‘An hour of hilarious comedy’ – EdFestMag
‘Hard not to enjoy’ – Daily Record 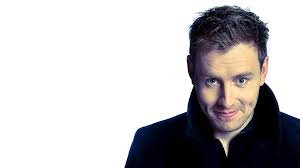 Irishman Andrew Ryan made his comedy circuit debut in 2008 when he spontaneously entered an open mike contest. Fast-forward to 2017 and he is now one of the most sought after comics in recent years, in demand as a headliner and an MC at the biggest comedy clubs and festivals across Ireland and the UK. Andrew will embark on his debut UK Tour in the Autumn 2017.
Andrew’s quintessentially Irish storytelling abilities and cheeky, friendly demeanour makes him a natural observational stand up. He performed his debut hour show Ryanopoly at the Edinburgh Fringe Festival in 2012, with follow ups in 2014, 2015 and 2016. 2017 saw Andrew return to the Edinburgh Fringe with his critically acclaimed new show Did You Get Here Alright? – a total sell-out with extra dates added.
Andrew has performed stand-up on Russell Howard’s Good News and Edinburgh Comedy Fest Live, Comedy Central at The Comedy Store, Alex Zane’s Funny Rotten Scoundrels on London Live and Live for MIND on Comedy Central. 2017 has seen Andrew star on The Blame Game and made his Irish TV debut on The 6 O’Clock Show. Andrew is also a regular panelist on BBC Radio Manchester and MUTV.