Get in touch to find out more about Rick Wakeman 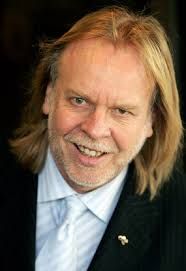 Rick Wakeman – Keyboard Rock Legend, Composer, Broadcaster, Author and After-Dinner Speaker.
Rick Wakeman was born in 1949 in Middlesex, England. He went on to become one of the most accomplished keyboard players and composers of his generation.. He is best known for being in the progressive rock band Yes across five tenures between 1971 and 2004 and for his solo albums released in the 1970s.
Wakeman intended to be a concert pianist but quit his studies at the Royal College of Music in 1969 to become a full-time session musician. sessions included playing on “Space Oddity”, His early sessions include among others, for David Bowie and songs by Junior’s Eyes, T. Rex, Elton John, and Cat Stevens. Wakeman became a member of Strawbs in 1970 before joining Yes a year later, becoming part of the band’s “classic” line-up and playing on some of their most successful and influential albums across two stints until 1980
Rick Wakeman also started releasing solo material at about the time of the Yes album Close To The Edge.  A series of conceptual classic rock albums followed, including The Six Wives of Henry VIII and Journey To The Centre Of The Earth, which made him an international superstar. ‘Journey…’ appeared in the top 10 of virtually every country in the world.
In 1974 he left Yes and went on to write film scores, musicals (1984 with Tim Rice) and even a huge concert on ice! The Myths and Legends Of King Arthur and The Knights Of The Round Table used a full orchestra and a choir of 50. It was held in Wembley Arena.
Rick rejoined Yes for a few years in the late 1970s, and the band reformed again in 1989 after pursuing their separate projects.
Rick Wakeman is equally well known now for his regular appearances on Grumpy Old Men and as a panellist and guest on many TV and radio shows.
Experience music and humorous anecdotes from the keyboard legend. Rick is now available for selected after dinner engagements.