Get in touch to find out more about Nick Hancock 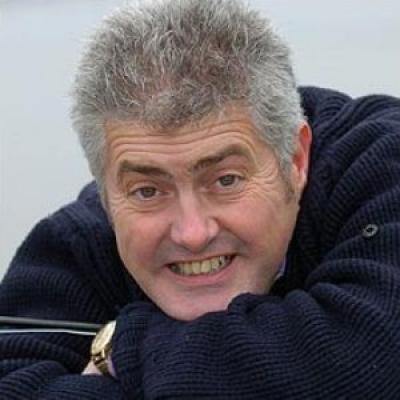 Nick Hancock is an English actor, comedian and television presenter.

Probably television’s best known Stoke City supporter, Nick hosted the sports quiz They Think It’s All Over for 10 years. He also presented Room 101 from 1994 to 1999 on TV, as well as its earlier radio version from 1992 to 1994. Nick especially enoyed hosting the show when guests managed to get themselves in hot water, “Chris Eubank was slagging off Kiwi rugby star Jonah Lomu, who’s 6 ft 5 in and about 18 1/2 stone. I knew Jonah was backstage, about to come on for our ‘feel the sportsman’ round. It was a very pleasing moment!”

Nick’s comedy idol is Peter Cook. They met when Cook appeared on Room 101. In 1998 Nick starred in a documentary/comedy about the Iranian national football team called The Outsiders. In 1999 he also appeared in Great Railway Journeys of the World, travelling from Guantanamo to Pinar del Rio.

After passing on hosting duties for both Room 101 and They Think It’s All Over, Hancock took a sabbatical to enjoy family life. He has made one-off appearances, including on Red Nose Day’s The Ultimate Makeover, where Nick, Anna Ryder Richardson, Phil Tufnell and TV gardener Joe Swift transformed a Liverpool play centre for children whose parents couldn’t afford child-care.

Despite saying he would never appear on a chat show as a guest, in 2006 he appeared on TV Heaven, Telly Hell, discussing his TV likes and dislikes, with Trinny and Susannah being his number one hate.

Nick has filmed a series for STV and Discovery Real Time called Nick Hancock’s Fishing School, where he teaches a number of students the art of fly fishing. The show, made by SMG Productions, began broadcasting in January 2007.

In 2007, he presented a new game show called Win My Wage for Channel 4. The show aired in Deal or No Deal’s usual slot during the latter’s summer break.

In 2009, Nick became the host of the daytime cookery competition series Taste the Nation on ITV1.