Get in touch to find out more about Ellie Taylor 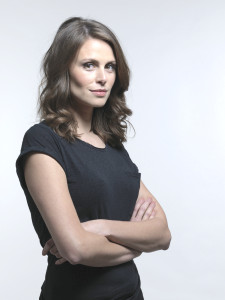 “It’s remarkable she has achieved so much in such a short amount of time. Then again, the evidence is obvious: this is a consummate hour of sure-fire material and sharp observations where she doesn’t miss a beat.”
THE LIST

“Smart, self-mocking and telegenic, it’s hard to see what else is going to stand in Taylor’s way.”
THE SCOTSMAN

“An agile and commanding performer”
THE SKINNY 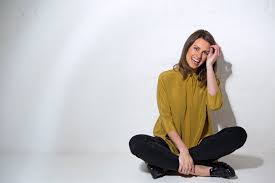 Ellie Taylor is an English comedian, television presenter, and media personality.  She has presented Live at the Apollo and Snog Marry Avoid?, has appeared on QI  and Would I Lie To You?  She is a is a regular on the BBC Two satirical news show The Mash Report.
Essex-born ex-model Ellie Taylor decided to give stand-up a go in 2011 after seeing a friend perform a five-minute set – and was soon snapped up to be a contestant on ITV1’s talent/reality series Show Me The Funny.  Ellie also performs at many of the UK’s major comedy clubs.

Stand up comedian, writer and actor Ellie Taylor has recently finished her debut stand-up tour in 2015 with her show Elliementary which was a smash hit at the Edinburgh Fringe last summer. Her TV work includes hosting BBC3’s Snog Marry Avoid and being a team captain on ITV2’s Fake Reaction as well as 8 out of 10 Cats.  She has also recently appeared on Mock The Week and The John Bishop Show and will soon be appearing on Alan Davies As Yet Untitled Her acting credits include a starring role in Comedy Central’s sitcom Brotherhood and working with Chris O’Dowd and Christopher Guest on HBO/BBC2’s Family Tree.