Get in touch to find out more about Jake Lambert 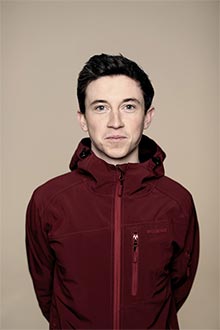 Jake Lambert fell into a career as a stand up after gaining a following on Twitter under the pseudonym @LittleLostLad and deciding to put down his iPhone and pick up a microphone. It has proven to be a great choice with him making it to the semi-finals of the BBC New Comedy Award within six months of his first gig.
Jake has gone on to perform on BBC Radio 2 and Radio 4 Extra as well as being nominated for the Magners New Comedian of the Year 2015, English Comedian of the Year 2015 and the Leicester Mercury New Act of the Year 2015.
Jake can now be seen performing his combination of one-liners, short stories and strange thoughts in comedy clubs, universities and theatres across the UK as well as still making his ever-increasing Twitter following laugh.