Get in touch to find out more about Terry Cotta 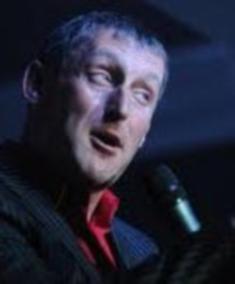 Terry was born in Bolton and was raised in Horwich. The youngest of six kids he was the only one to go into Showbiz, all the other kids got proper jobs. Terry’s career started in 1992 when he appeared at a workingmen’s club in Bolton for a friends charity night. Terry was seen that night by an agent and was
signed up the next day.
He did his first summer season in Blackpool in 1993 appearing at Blackpool Trades Club. The season was a success and Terry has been in Blackpool every year since, appearing at Blackpool’s The Talk Of The Coast, The Layton Institute, The Viking, and Choice Hotels to name but a few.