Get in touch to find out more about Steve Cram OBE 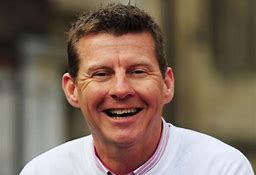 Steve Cram is a legend on the track, breaking records in the 1500m, 2000m and mile distances. He was winner of 6 Gold medals at the Commonwealth, European and World Championships, as well as winning Silver at the Los Angeles Olympics.
Since his days as a successful Olympian Steve has taken his career into journalism, he is the BBC’s chief athletics commentator, as well as writing extensively for the national press.
Steve’s knowledge and experience of the sporting landscape, from individual athletic success to over a decade in broadcasting, makes him an ideal role model and ambassador for any brand.Steve was also a key character in the bid for and the running of the London 2012 Olympics. His experiences make him an engaging and motivational speaker, suitable for any event.