Get in touch to find out more about Paul Fletcher 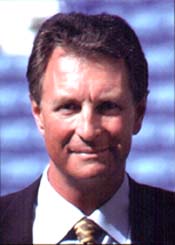 £0-£2500
Book this act
"A massive thank you for your up-lifting and magnificent speech this afternoon. It certainly lifted the energy in the room. After returning to the bar for a quick drink, our people were buzzing about the session. Not too heavy, not too serious, spot on! So thank you again for stepping in at short notice and helping to make our conference a huge success." Mark Blanchard Head of Global Corporate UK Claims "Not only was the event a complete success but your presentation proved to inspirational to everyone. All my clients from the region's TEC's were most impressed by you professionalism and content and they couldn't wait to give me their glowing reports." Andrea Glazier White Rose Conferences "I've booked Paul Fletcher on over 10 occasions at our KPMG Teambuilding seminars. He's been both a delight to work with and a true inspiration and motivation for all our attendees. I still hear some clients practising the principles many months later. How am I? ..Still 'Magnificent!'" Peter Leather KPMG Germany

In a sixteen year career as a professional footballer, Paul Fletcher never made it to Wembley. But in his second career he went on to achieve his dream working on the new Wembley stadium project where he was chief executive for 18 months.

He now regularly attends Sporting and Corporate events explaining how he has used his Sporting experiences in the business world to secure some of the most lucrative sponsorships and commercial deals of the past decade. He puts all his success down to teamwork, saying ” I just drew on the simple teamwork principles I learned in my playing days at Burnley Football Club. People then used to wonder how this small town of Burnley achieved success in the greatest league in the World Football. Yet there are no great secrets, it was down to teamwork.

His experience as an After Dinner speaker for over 20 years, provides a humorous insight to his presentations which achieve a happy blend between motivation and entertainment.