Get in touch to find out more about Dean Saunders 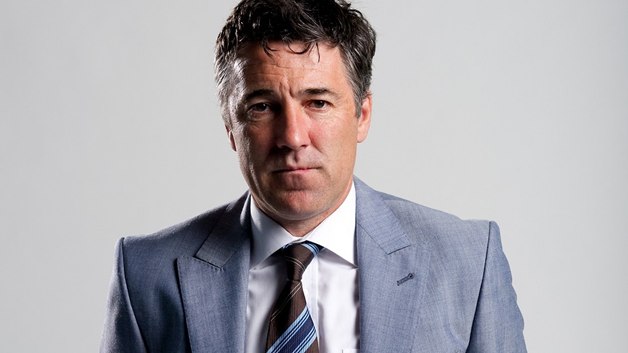 “I can honestly say that Dean Saunders was one of the best speakers we have had over the 20 years of our dinner. I have received more feedback from our guests about this dinner than ever before. Our audience loved the speakers. Dean is an absolute gentleman and couldn’t do enough. He stayed right to the end and was happy to pose for photographs and sign autographs all night. His speech was excellent and I can’t believe he was on his feet for nearly 50 minutes!!! Never had that before, that’s value for money.”

Dean Saunders was born 21 June 1964 in Swansea and is a former Welsh footballer who played as a striker in a professional career between 1982 until 2001.

He is also enjoying a career in management and is currently managing Doncaster Rovers.

After retiring from football in 2001 he became a coach and then moved on to Newcastle United in 2004 initially as strikers coach, and then first team coach under old boss Graeme Souness. He left Newcastle in 2006 and took his coaching badges and was appointed assistant manger of Wales in June 2007.

He was one of the Welsh national side’s most prolific scorers. Made his debut as a 21 year old against Ireland in 1986, no Welsh fan will ever forget his goal which secured a famous 1-0 win over Brazil in Cardiff in 1991. He won the last of his caps against Ukraine in 2001 just a few months short of his 37th birthday.

As well as enjoying life in football management Dean Saunders is is building a very good reputation as an after dinner speaker, he comes very highly rated and above all enjoys doing the events.