Get in touch to find out more about Andrew Pierce 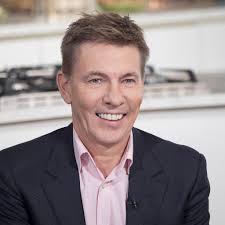 Andrew is a former Assistant Editor of both The Daily Telegraph and  The Times newspapers,  and an ex-Political Editor of the latter.

He is a columnist and Consultant Editor for the Daily Mail, which he joined in 2009.

He knows everyone in the Westminster village and his ability to ferret out scandal and gossip means that he has a reputation for breaking stories that the great and the good might prefer kept quiet.

Andrew is also a seasoned broadcaster, appearing on Question Time, The Daily Politics, Sky News and LBC radio, where he has a weekly Sunday morning slot. Andrew has enough  Westminster gossip and can’t wait to divulge as much of it as he can!

Andrew can be seen as a regular guest on Good Morning Britain for the daily political debates.