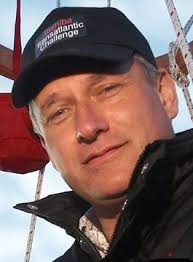 David is arguably Britain’s greatest living explorer, being the first person to reach the Geographic and Magnetic North and South Poles as well as climb the highest peaks in all seven continents, known as the Adventurers’ Grand Slam. David has also taken part in a number of other adventures and activities including hosting the world highest dinner party and crossing the Atlantic in a hot air basket. Davis was awarded an MBE by the Queen in 1994 for his service to polar exploration and awarded an OBE in 1998. You will hang on his every word!

Without his motivational and team building skills… Sir David Hempleman-Adams would be dead!

As a keynote speaker, David presents highly enjoyable and informative speeches which will inpsire you and your team.

From his experience gained in the workplace and from his vast adventures, David can deliver tailored presentations focusing on the synergy of team building and working towards goals either in the marketplace or on mountains.