Get in touch to find out more about Shaun Williamson 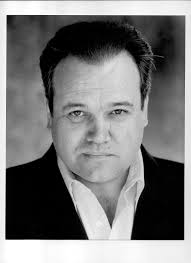 £2500-£5000
Book this act
'Just a note to thank you so much for Saturday. Having returned to work this morning, the feedback from everyone has been how good the whole event was, and how you helped make the evening such a success. I hope you enjoyed the experience as much as we did! The selling of your CD's was exceptional - we have sold another two (each for £100).We have yet to bank all the funds from the weekend, but we expect to be able to issue a cheque to the Shooting Star for a minimum of £18,000. Once we have added other known donations, the figure will exceed the £20k mark ~ an exceptional figure.Thank you again or all your work. I may be tempted to organise another event in the future!!' Peter Watts - NATWEST - Charity Ball Auction, Host, Cabaret set May 2012 'May I take this opportunity to say that Mr Shaun Williamson was outstanding throughout the evening of our Ladies Guest Night, entertaining all with his witty repartee and genial nature from the very beginning of the evening. He proved to be an excellent after-dinner speaker entertaining the whole Mess with his well crafted stories, which were personalised to the audience. His closing with a song, totally unaccompanied, from Les Misérable's - 'Bring Him Home' was truly magnificent. In fact I have been told by multiple Mess members and their partners that there were several 'lumps in throats' by the end of his performance. On a lighter note post-dinner he made himself available to everyone, happily posing for photographs and engaging all in conversation. He was without doubt an excellent choice as an after-dinner speaker and I would recommend him to all without reservation. Please pass on my personal thanks and best wishes, also those of the WOs' and Sgts' Mess, for a truly memorable evening to Shaun.' PWM Mason Warrant Officer CMC - Ladies Guest Night After Dinner Speech & song - April 2012

Shaun is best known for his portrayal of ‘Barry Evans’ in EastEnders and latterly Extras. He has completed 3 series of Childrens series ‘Scoop’ for BBC1 aired currently. Shaun was recently seen in the Ricky Gervais series ‘Life’s too Short’.

He has just finished a number one tour of the Olivier nominated play ‘The Ladykillers’ last autumn and appears regularly in cabaret and hosting awards and compering events. He can sing with bands (preferred) or to playback and always receives excellent feedback. The bands include The Love Junkies, Superphonic and The John Oliver Band, each offering a different and yet equally impressive set. Please enquire for further information on this. He is also currently writing scripts for TV and film. In addition there is a new series planned for 2014 produced by Ricky Gervais.

You won’t find a more versatile and multi talented performer with his profile and likability, which is why clients find him a hard act to follow and often re book for the following years event.