Get in touch to find out more about Matt Richardson 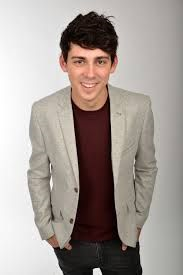 I’m 23 and I am a Stand-Up Comedian.
I started doing stand-up in November 2009 when I was 18 years old. After a couple more gigs that year I started gigging regularly in February 2010. After gigging really hard for about 18 months; I finally quit University and my job in a lettings office to become a professional comedian at 20.
In 2013 I co-hosted The Xtra Factor on ITV2 with Caroline Flack and appeared on shows like Sweat the Small Stuff (BBC3) a couple of times, Celebrity Juice, Nevermind The Buzzcocks and a load of other bits and bobs. My 54 date UK tour ‘Hometown Hero’ started in September and took me all the way through to June. While on tour I also filmed a series of a new panel show called Viral Tap for ITV2. Now the tour and Viral Tap have finished I’m working hard on writing a new tour for 2015 and gigging at a load of festivals and clubs. If you see me at one, come say hey!