Get in touch to find out more about Fred MacAuley 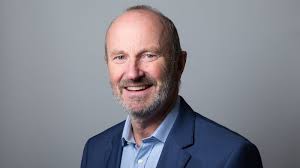 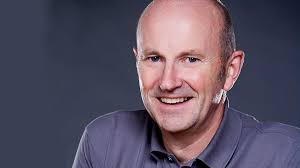 With his popular breakfast radio show and a string of TV credits, he is undoubtedly one of the most famous faces of Scottish comedy today. His on screen reputation and on air witticisms are the product of years of experience on the live circuit, including a stint as the first ever-Scottish compere at the Comedy Store in London.
Fred started out in the world of stand-up comedy at the age of 31. He has gone on to be a regular performer at the Edinburgh Fringe and at comedy festivals worldwide. He has been presenting the very funny and eventful MacAulay and Co on BBC Radio Scotland since June 1997 and began hosting his own panel game on BBC Radio 4 entitled I Guess That’s Why They Call It The News in 2009.
Fred has successfully featured and presented many programmes for BBC TV: he hosted one series of the talk show McCoist and MacAulay and two seasons of Life According to Fred. He has appeared as a guest on comedy quiz shows They Think It’s All Over, I’m Sorry I Haven’t a Clue, Just A Minute, QI, The News Quiz, Mock the Week and Have I Got News For You. He also co-hosted Life According To Fred, Hoots, Simply Fred and appeared in Comic Relief Does Fame Academy.
Fred is much in demand as an after-dinner speaker and awards presenter, as well as being an outstanding comedian.