Get in touch to find out more about Zoe Lyons 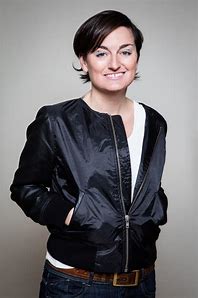 £2500-£5000
Book this act
“Always fizzling with indignation and throwing out a hugely enjoyable mix of brutal putdowns and richly funny stories, Lyons has what it takes to delight any crowd.” The Guardian “Achingly funny…a cracking show” Melbourne Age “Her routine was a fireproof parade of quick fire observational gags delivered with utter conviction and unfailing professionalism. The audience didn’t really have a chance.” Chortle “Probably the most impressive British female comic on the circuit.” The Skinny, Edinburgh “Lyons lit up the stage for an hour with her genuine, bitchy sarcastic humour that left everyone in stitches. I don’t think I have laughed so hard at a stand-up show in my life.” Edinburghguide.com

Lyons graduated from the University of York in 1992 with a degree in psychology.
She appeared on the reality television show Survivor in 2001 in its first series and was the eleventh of the fourteen contestants to be voted out of the competition. She was voted out after 2 members of her Ular tribe alliance (Richard and Jackie) aligned with the eventual winner, Charlotte to vote against her. She was voted out in a tie-breaker, where past votes from previous episodes come in to play.
In 2004 Lyons won the Funny Women Awards. Since then, she has toured the UK stand-up circuit, as well as playing regular gigs in London and Brighton. In 2007, her debut solo show, “Fight or Flight”, was nominated for the best newcomer award at the Edinburgh Fringe Festival. In 2008, her second solo show, “Mangled Mantra of the Messed up Modern Mind”, featured a joke which was awarded digital television channel Dave’s Joke of the Fringe.
In 2011 as part of her second international tour, Lyons was invited to perform “Clownbusting” at the Melbourne Comedy Festival in Australia. Reviews were favourable, with a critic from Australian Stage reporting: “I have renewed faith in stand-up comedy after seeing UK comedian Zoe Lyons. “Clownbusting” is a magnificently written and delivered show which holds from start to finish”
She is extremely versatile. Without ‘doing’ characters, she uses voices and facial expressions for a couple of sentences now and then and illustrates her material with lightning portraits of neighbours, friends, bar-staff… Rather like Alan Bennett on speed she has the gift of drawing a character vividly and in few strokes, but is never cartoonish or grotesque.