Get in touch to find out more about Nigel Owens MBE 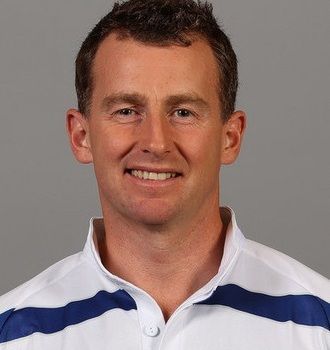 “It all came together like a dream.
Nigel was stuck in traffic etc etc, but after all that the 160 guests
gave the guy a standing ovation, he was an inspiration and many die
hards said he was the best speaker they’d ever heard.”

Nigel is regarded as one the best referees in the world after his officiating at New Zealand v Australia and Ireland versus New Zealand in 2013. He was appointed as an international referee in 2005, and that year officiated at his first international between Ireland and Japan in Osaka.
He made his World Cup debut in Lyon, France in 2007 in the Argentina vs. Georgia match and the England versus France match on Saturday was his 49th international. Nigel is only one of two referees ever to be appointed to referee two consecutive Heineken Cup finals: Munster v Toulouse at the Millennium Stadium in 2008 and Leicester Tigers v Leinster at Murrayfield in 2009.
He is also known as one of the presenters on ‘Jonathan’, a rugby-themed Welsh language chat show hosted by Jonathan Davies, broadcast on S4C, and also co-presents the sports-themed Welsh language chat show Bwrw’r Bar.
Nigel is one of the funniest Rugby Speakers in the country. He is the ideal choice for After Dinner Speaking, Rugby Club Dinners, Sporting Clubs and Conferences. He is also a fantastic host and facilitator.