Get in touch to find out more about Willie Thorne 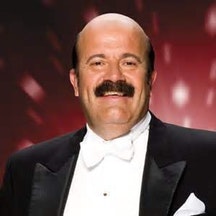 Snooker was a passion of Willie’s from a young age. Honing his skills as a junior player, Thorne became national under-16 champion at both snooker and English billiards in 1970. Since then, Willie’s snooker playing career became a certainty. In a career spanning three decades, Willie can now boast holding a total of 14 tournament victories worldwide.
“The Great WT”, as he is affectionately known, was a regular in the Top 16 World Ranking players for well over a decade and is one of the top record breakers for the highest number of 147 breaks in the history of snooker (190), earning him his recognisable nickname “Mr Maximum”. Willie has definitely established himself as one of the greatest characters of snooker for over 25 years.
His experience and big personality make him a guaranteed success at any event and his appearance on Strictly Come dancing made him a household name, for snooker fans and all.