Get in touch to find out more about John Challis 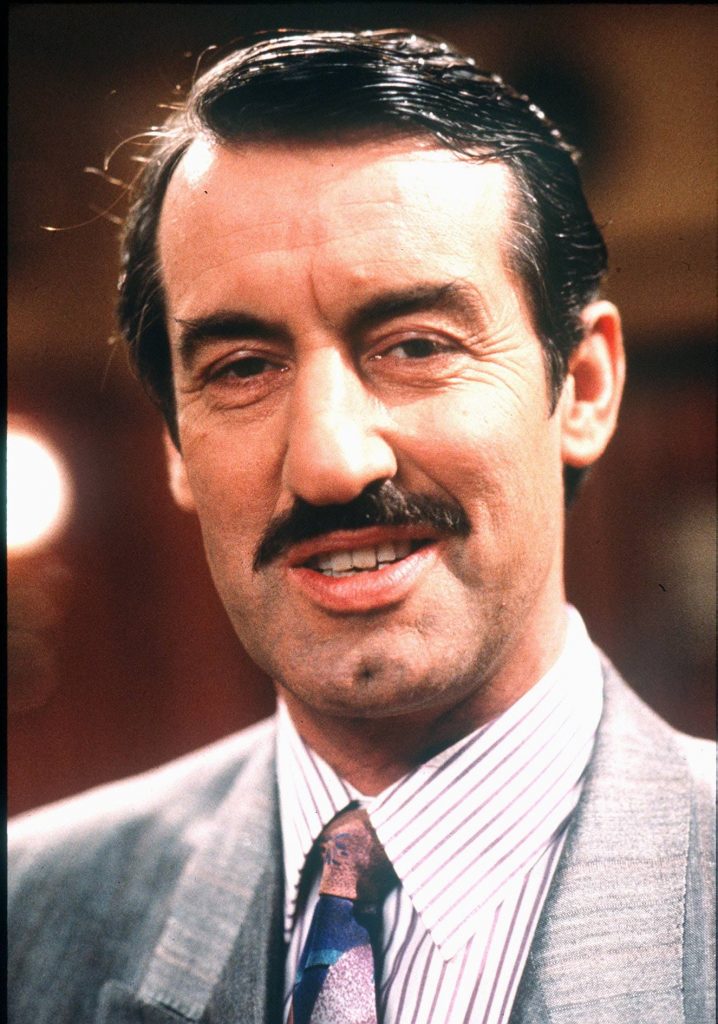 John Challis is an accomplished character actor, personality and raconteur whose wide-ranging career has ranged from classical roles on the stage to heavies in television drama, a multitude of policemen, sitcom stardom, pantomime performances and even a one-man show.

An only child, Challis was born in Bristol but brought up in South East London. Challis attended the state boarding Ottershaw school near Woking, Surrey. Upon leaving school he worked as a trainee estate agent before becoming a professional actor. An early television role, in 1969, was in the controversial gangster drama Big Breadwinner Hog and between 1971 and 1975 he made regular appearances in Z-cars as Sergeant Culshaw.

He played Aubrey ‘Boycie’Boyce for many years in Only Fools and Horses and its spin-off The Green Green Grass. His other television appearances include Dixon of Dock Green,The Sweeney Doctor Who(The Seeds of Doom), Dracula, Beau Geste,Juliet Bravo,Coronation Street, Bloomers, Juliet Bravo, Ever Decreasing Circles, Doctor Snuggles, Chance in a Million, The BIll, One foot in the Grave, Open all Hours, The New Statesman, Don’t wait up,Soldier Soldier, Brass Eye, My Family, In Sickness and in Health and Heartbeat.

The outdoor scenes of The Green Green Grass were filmed at his then home, surrounding fields and local villages. Four series were broadcast byBBC One from 2005–2009. In the 2008 series of Last of the Summer Wine he guest-starred as a fake jewel thief, trying to impress the ladies..

Challis has had a number of stage roles. He starred in pantomime at the Plaza Theatre in Stockport as Captain Hook inPeter Pan. He also appeared in pantomime at Weston Playhouse in winter 2011–12 playing Ebenezer in Aladdin and as King Rat in Dick Whittington at the Plaza Theatre in Stockport over Christmas 2013 and New Year 2014.

Challis has written two volumes of autobiography, Being Boycie and Boycie & Beyond. From April 2012 he embarked on a book tour to promote Being Boycie, starting at Waterstones in Uxbridge, and the same year became the narrator of theNational Geographic Channel series Strippers: Cars for Cash.

In 2014, Challis began a theatre tour of his one-man show titled Only Fools and Boycie, which charted his life before, during and after his time as ‘Boycie’.

On 19 February 2016 Challis was cast in the role of Captain Peacock taking over the role originally played by the lateFrank Thornton in a remake of Are You Being served The episode aired on BBC in August 2016.