Get in touch to find out more about Jason Byrne 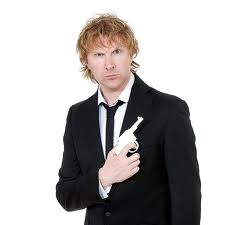 The biggest selling comedian at the Edinburgh Comedy Festival. Jason Byrne’s inspired, original brand of high-energy intelligent lunacy ensures that there is no other comedian like him. His fan base in Australia continues to flourish and early 2011 saw his biggest, most exciting tour there to date – which he hopes to top again. Jason recently finished his sell out ‘Cirque Du Byrne’ tour, which was released on DVD on the 12th November 2012. He also brought a brand new show to the UK for his second major nationwide tour in Autumn 2012, which as expected went down a storm.